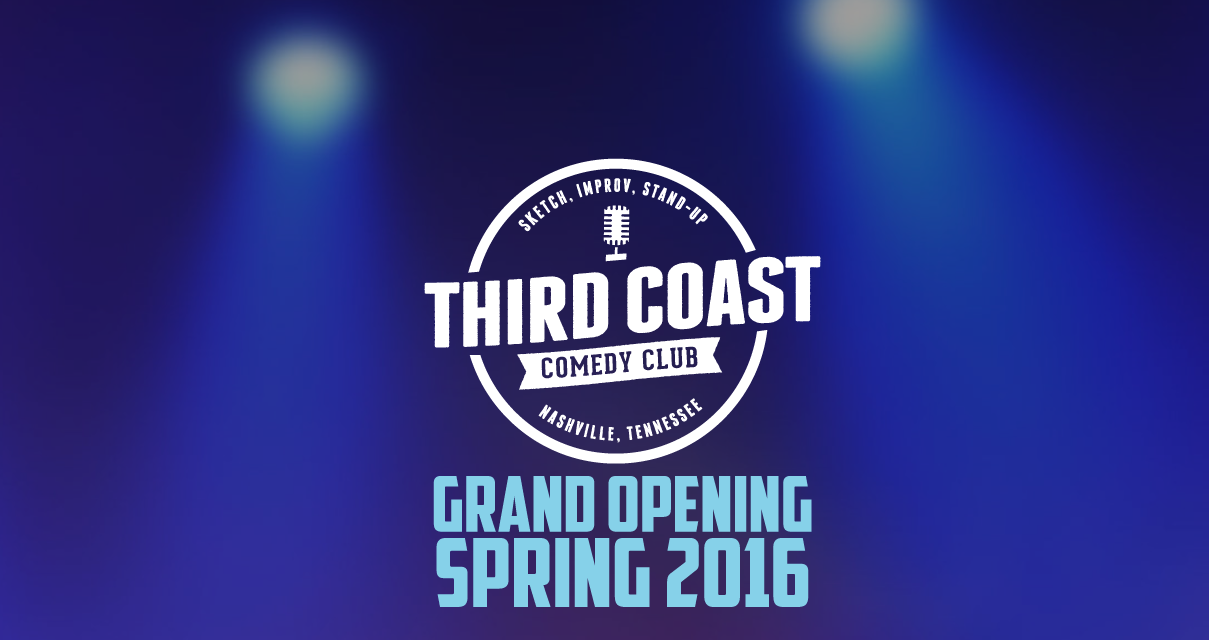 Nashville has a TON of music venues without a doubt.  But where do you go to see comedy?  Zanies is the main dedicated comedy club in town, but it caters primarily to stand-ups, and mostly out of town stand-ups at that.  Where else can you go to see lesser known stand-ups, sketch comedy or improv?  You usually have to go to a bar or coffee house that features that art form on a special night of the week.  Nashville doesn’t have a dedicated space solely devoted to comedy.  Luke Watson of LOL Nashville and Scott Field of Music City Improv are trying to change that by founding the Third Coast Comedy Club!  As I mentioned about two weeks ago, this is a terrific thing for the city.

There’s just one problem: the cost to get it up and running is turning out to be more than expected thanks to assorted fees and licenses and the like.  They could use a little bit of extra help to get things up and running, so they’ve launched a Kickstarter campaign to bring in some extra funding in exchange for some cool perks.  Please consider donating what you feel is appropriate if you agree that this is something Nashville really needs!